Our previous year’s annual fundraising campaign project for Marion Military Institute was a tremendous success. (In fact, we beat the “stretch” goal by more than 25%!) In that campaign, we gamified the fundraising effort by dividing alumni year groups and patrons into different “units” that gained blocks of terrain on a “war map” every time they raised a certain amount of money. The campaign was called “Operation MMI” and it had all the earmarks of a military battle.

But what do you do when the battle is done, all of the terrain has been taken, and the “enemy” has been vanquished?

You launch a military “peacetime” training operation is what you do. “Operation Vigilant Victory” once again pits alumni and patron groups against one another in friendly competition. Now, however, the units are competing against one another to complete a rigorous training program – training designed to keep them vigilant against an enemy (the real enemy here being a shortage of funding) that might rise up again at any moment. The units were first alerted to this campaign with a mailer and can track each other’s progress using our website. So far, training is proceeding ahead of schedule. The Commander is pleased with the progress! 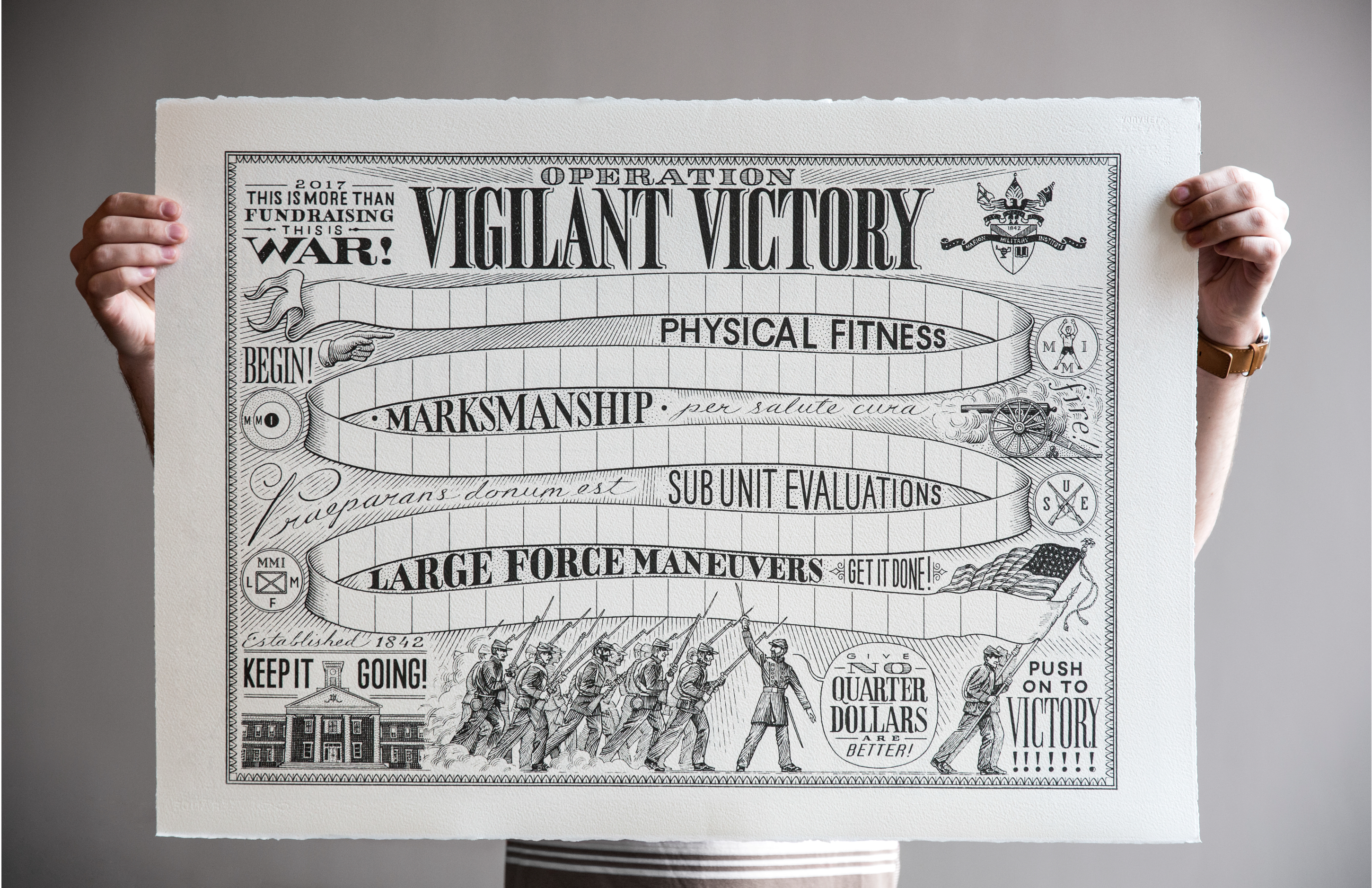 You may also like: Back to Projects
UAB Nursing – RN+
Tandus
Hoar Construction
×