Everyone is familiar with the simple, ruled warning labels that appear on products that have a known link to cancer. The idea behind the campaign “Warning to Cancer” was to take that iconic label–normally associated with danger–and flip the message to one of hope. We conducted lengthy on-camera interviews with doctors, nurses and patients to capture their stories. During that time, they were asked what they would say if cancer were a sentient entity that they could physically address. What merged were personal, defiant messages steeped in strength, perseverance and emotion that we used to showcase the changing attitudes about cancer due to the amazing work being done at UAB. Through television, radio, print, outdoor, elevator wraps, digital banners, social posts and airport signage, we showed how the work being done at UAB is empowering the people on the front lines of the fight. And by utilizing a recognizable graphic, we talked about cancer in an unexpected way, with a different tone. Instead of an ominous label passively warning the reader to avoid certain behaviors, we showed how the people at UAB are going on the offensive armed with new research, new treatments and new technology. 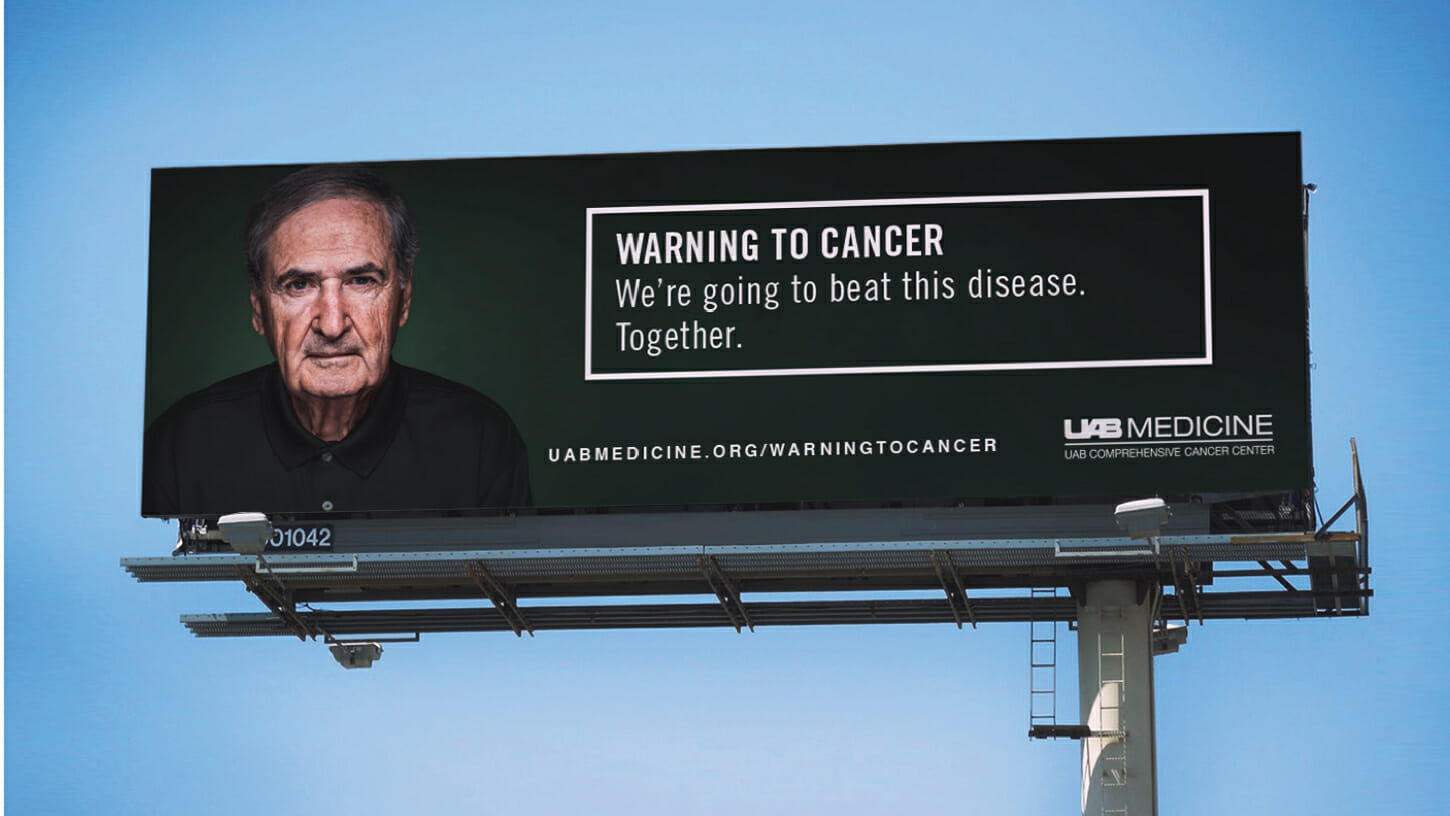 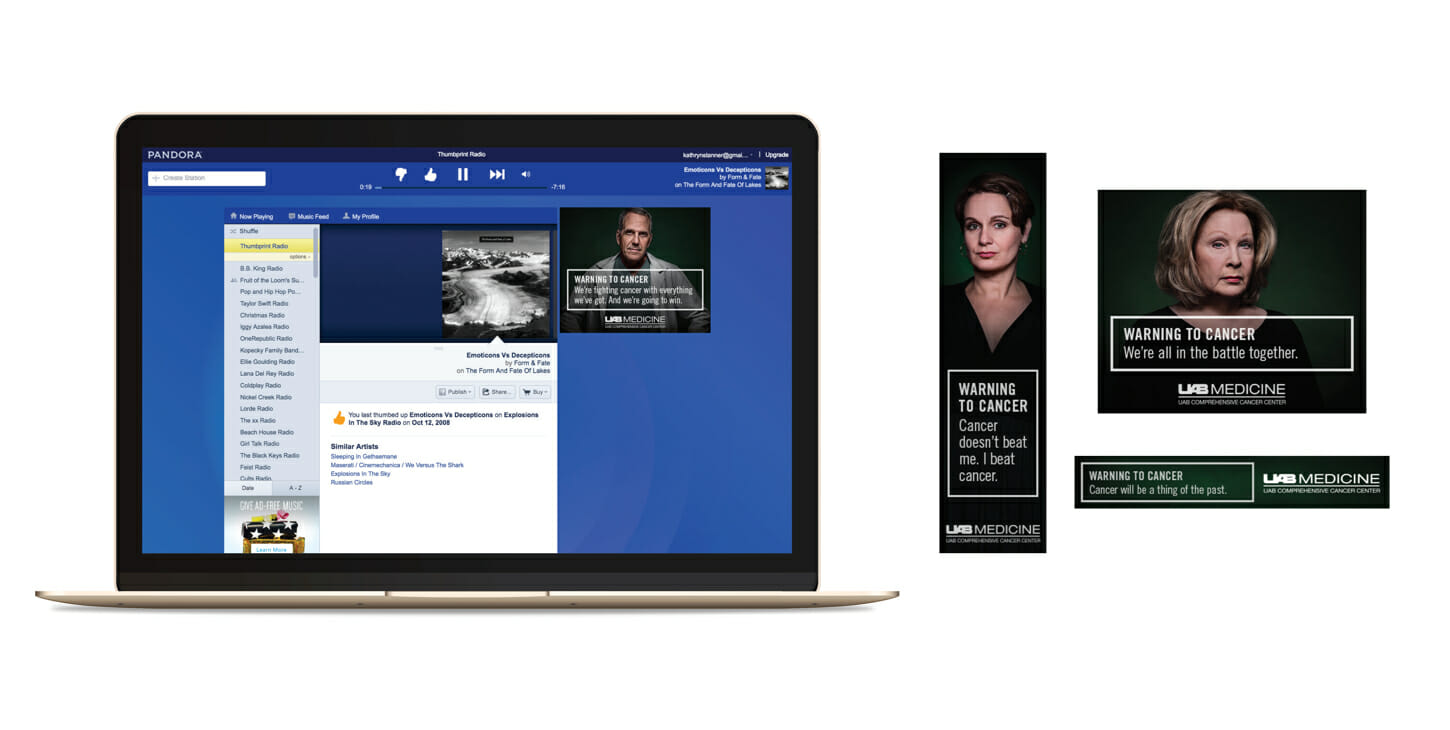 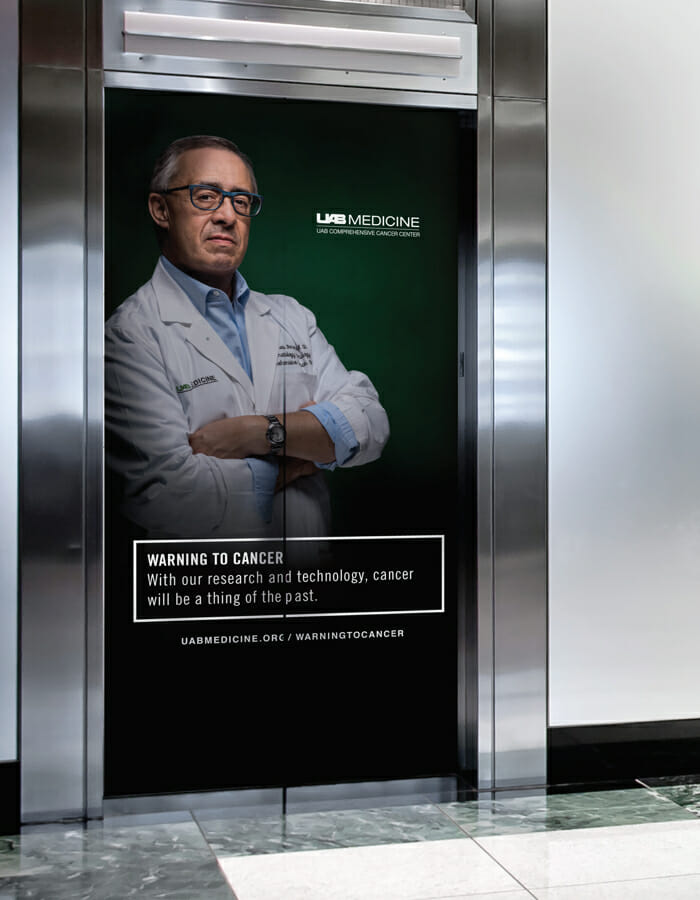 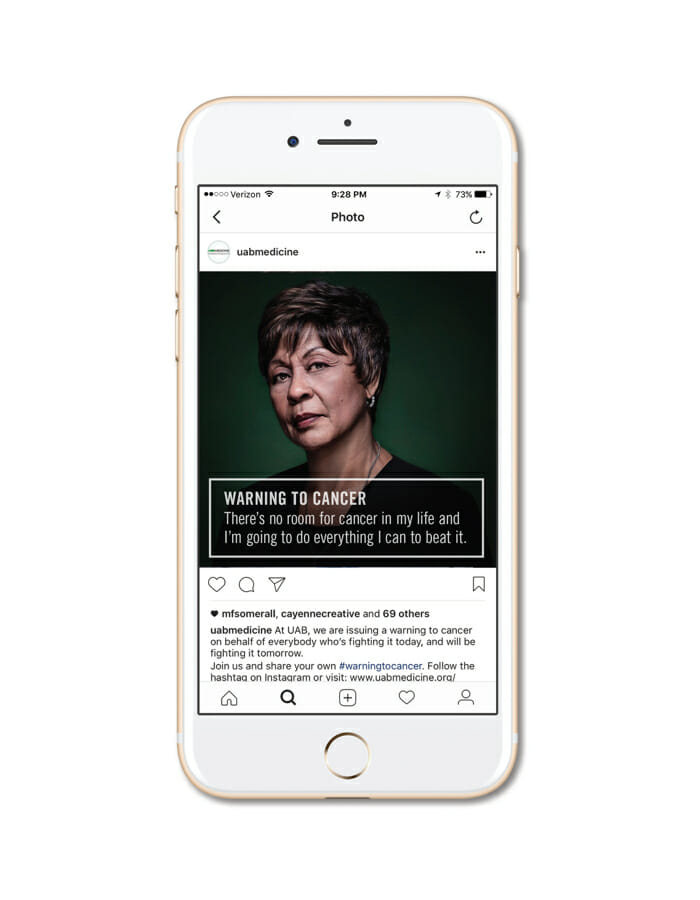 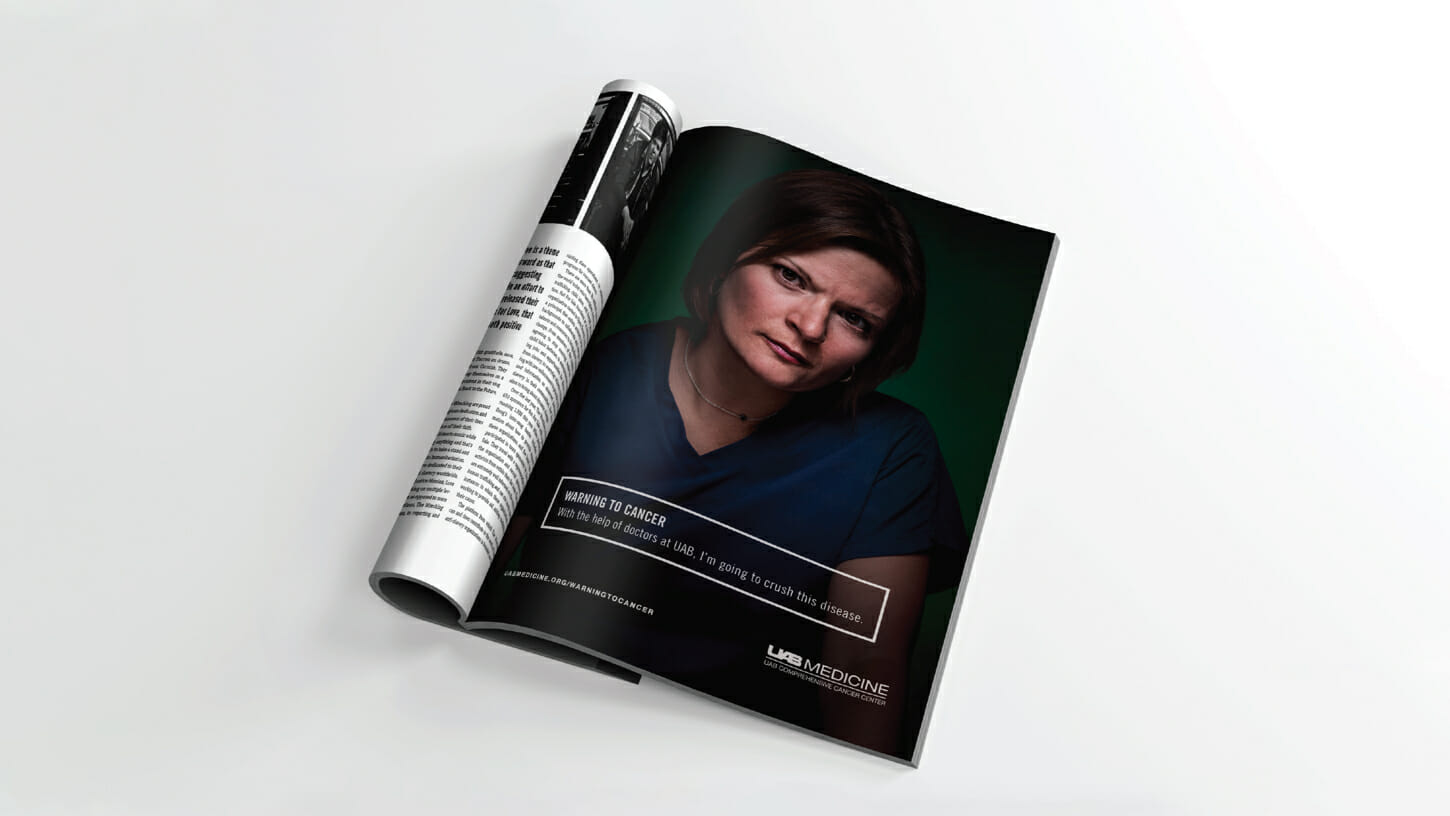 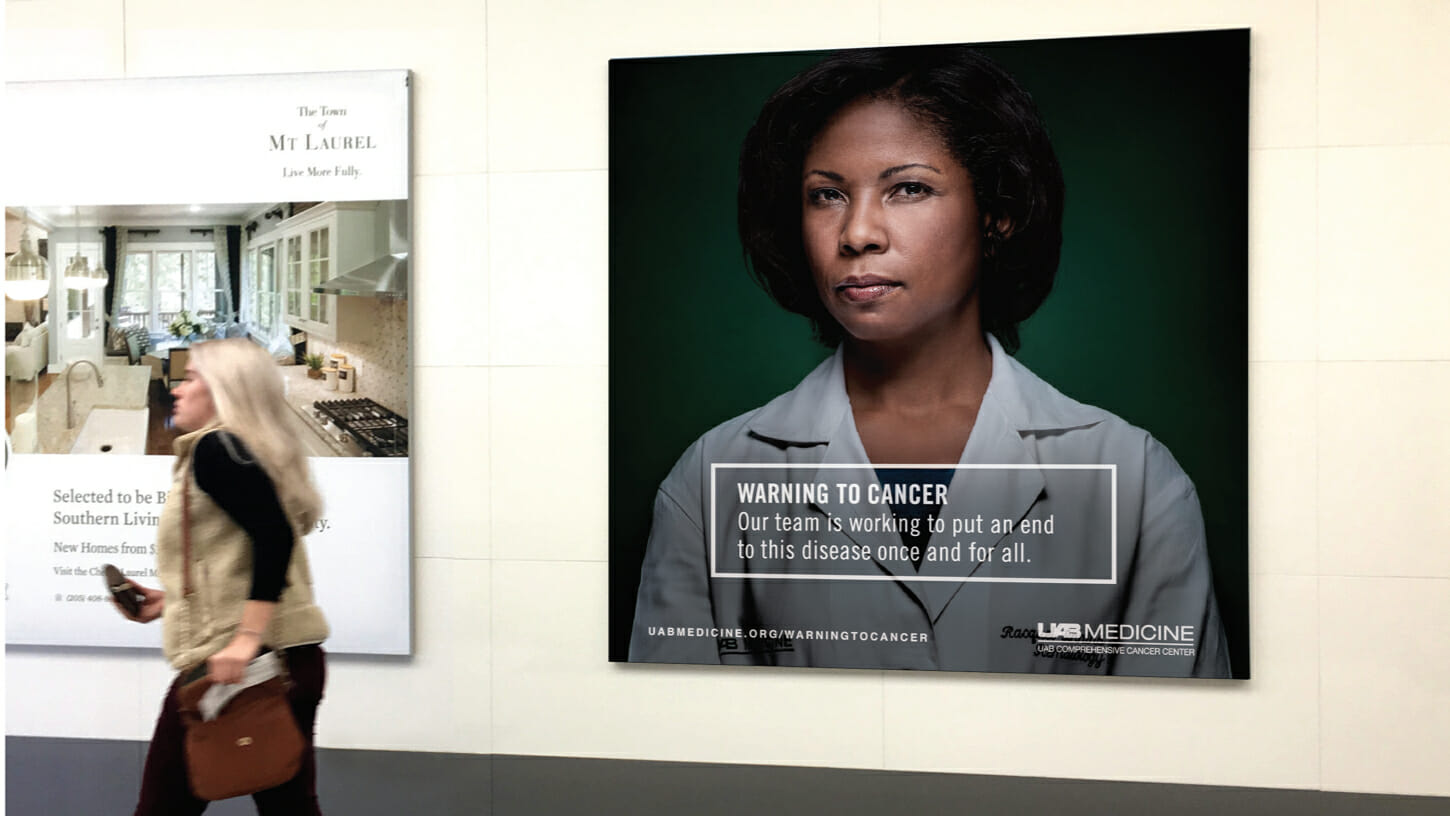 You may also like: Back to Projects
Medscape
Medsnap
UAB Nursing – The Difference
×