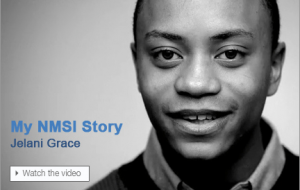 It’s hard to say, “Hey, when you get a chance, check out the Exxon Mobil spots.”

But, if you get a chance, watch out the Exxon Mobil spots.

At least, try to slow down and watch them as you’re Tevo-ing through the Masters to get to the good parts (of which, there are and have been many).

At any rate, I’m watching the Masters right now. And it’s as blisteringly exciting as golf will ever get. And I’m here to tell you, it’s a freakin’ barn-burner – six guys tied for the lead and another three who could get there. It could be the golf equivalent of a bar brawl here didi mau. [just as I finished typing and Adam Scott takes the lead]

But what else is great are the Exxon spots (who’d have guessed?). The spots feature engaging folk telling stories about how education has changed them. Real people. Not talent. (Well, there is the one featuring Phil Mickelson, who’s a hell of a talent… just not in acting). One of the “real people” is Birmingham’s own, Jelani Grace. He does a super job. I’ve seen three of the commercials. They’re fabulous. If you see them, watch for the way they frame the different imagery. The lighting work is excellent as is the editing. Don’t know who did them, but kudos.

Exxon, it seems is sponsoring a National Math and Science Initiative. And, while this petroleum industry giant will forever be the besmircher of the Alaskan coastline in my mind, these short spots make me feel a somehow a little bit better about Wrexxon. I’ll wager  this campaign will be a victory them.

Competing with Exxon for mindshare during the Masters? IBM. Smart spots pointing you to several documentaries on their site that range from about 13 minutes to more than 30 minutes in length. The ad that caught my eye was pointing you to one of the longer ones  called, Eight Stories about Changing the World directed by Errol Morris, which in and of itself is almost enough to pique my interest. 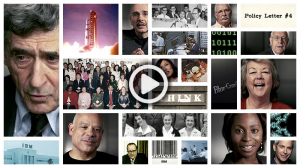 Thing is… I’m just not sure I’m up for watching a 30-minute piece. So, as far as my mindshare goes, Exxon wins by default.